It is time to consider your harvests, they are in season now. Think of your harvest last year and what it will be this. This is the time when we really appreciate the harvests of last summer and autumn. We are delighting in home grown frozen and fresh vegetables?

And all that fruit – I never thought that I could find a home for ALL those apples. In fact Milly is still daily gorging on beautiful unmarked windfalls. The quinces are getting to the back of the bush but still worth risking the odd prickly experience for the delight of a quince. Red and black current jellies are just so delicious.

So indulge a gourmet fantasy this weekend and plan for harvest 2014.

Help the RSPB recover from the worst storm in 60 years.

As the full impacts of the storm hit, it quickly became apparent that this was going to be devastating. Homes, businesses, landmarks and habitats were suddenly going to be hit by a wall of water. It’s left a trail of destruction all along our coastline.

What the RSPB will be doing

The most extensive damage was at their Snettisham, Havergate and Dingle nature reserves, but other reserves didn’t escape the damage.

At Snettisham, the concrete access track and shingle beach have been completely stripped away. Usually, Snettisham is two gravel pits separated by a causeway footpath. Having been topped up with millions of gallons of seawater it was now one massive lake. We must get rid of the water in readiness for when the breeding birds return.

In the summer, the shingle beach is a profusion of yellows, pinks and blues from shingle plants, but now seaweed is strewn up where shingle once was, and silt mud covers the path. The flowers have been replaced with plastic barrels, bottles and rope. One hide is tottering on the edge of the lake, at 45 degrees; one has been lost altogether.

To read more about the wonderful work the RSPB are doing or to donate, simply click here. 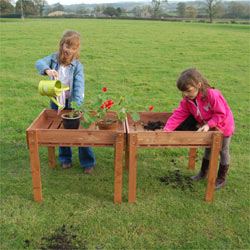 Gill has a beautiful article on the Latest News section of GardeningWithChildren website with mention of the jobs worth ticking off the list for this month. It will be a great help if you do not know where to start Plotting for the 2014 garden.

She insists that when the time comes it comes quickly and it is important to be ready. In less than a month we will be looking at substantially longer days. 2014 is another year when nature and the weather will play a big part in our wellbeing and happiness. All the reds, the greens and glitter that dominated our lives last month will have faded. The joy of January is that we can all plan, hope and have a right to expect an optimistic year ahead.

The National Trust reported that 2013 was a fantastic year for Butterflies; they thrived in the long hot summer months, sightings were up by an average of 80% during the summer’s three official counts, unfortunately for gardeners the Cabbage White did particularly well. The long warm and dry weather was welcomed by insects including moths, bees, crickets and grasshoppers.

For more information on seed sowing simply click here as the key to success is preparation! 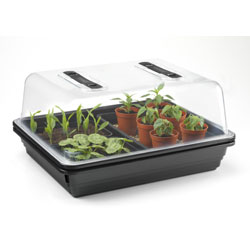 The January Competition – Just to remind you that we do not ask a hundred personal questions. We just ask for your answers and where to send the prize if you win. Simple.

Please tell us what you do with your seedlings when you pot them on.  This is not a trick question. We really want to know what you do with them to secure their future as productive plants.

Error: Twitter did not respond. Please wait a few minutes and refresh this page.